kanalgratis.se became aware in 2008. The concept was a stream service, with fishing videos on a traditional htlm page.

Keep in mind, that this was a time before Instagram & Play channels. YouTube was only three years old..

Back then, Johan Ruhe was a beginner angler who was hanging out on forums to solve problems & improve his fishing. This is where he met Jojje (Georg) Wester, the duo later formed Flams & Trams the first V-logs for fishing in the world. This was to help themself & others in their daily struggle to catch a dream pike!

A lot of people they met online were very disappointed & unsatisfied over the fishing shows that were around back then, on linear TV. Johan understood that he could change that with help of the Internet. He understood that the old media would never fully understand what was about to hit them. So he dedicated many years to learn video editing, back then, there were no tutorials online, and the cameras had tapes to record on...No Go Pro’s & no SD cards.

The first mission were to establish a brand, and after one year on the homepage platform, kanalgratis.se was moved on to YouTube in 2009. The platform were so powerful, it could not be overlooked. Johan new he could grow there.

With the world now within grasp kanalgratis.se started to produce a large amounts of fishing videos. After a while, they changed their default language to English & went global. Productions got better, and new faces like Pontus Sjölund, Tobias Ekvall, Edvin Johansson, Mille Pettersson & Sara Fishgal came on board.

After the successful launch of the tournament series  Fly vs Jerk & Perch Pro, both the industry & audience  in Europe finally had a stage & a world class “ TV aired competition”. Today 10 formats like the Fly vs Jerk has followed this example &created a momentum forward, not only for the anglers participating, but for the sport itself.

In order to make this come true, they had to setup a tackle shop. As they were not profitable & for the first 8 years, and were bleeding financially. The store was a success from day one.

Why they do this

12 years after launch they still market Sweden as the capital of sportfishing in Europe to their 180 000 subscribers. They soon celebrate the 1000th video upload & the best video they have is about to hit 10 million views.

Kanalgratis attract more then 2 million viewers monthly to their channel. Filing up camps & selling out guided tours all over Sweden. Not to mention keeping the tacklestores busy. Johan Ruhe & his team still believe they can build this to be the largest Youtube channel for sportfishing in the world.

For better control, & as a result of our passion for fishing, the team also setup & deployed a factory in Sri Lanka, which has 12 employees & deliver the Hooligan Roach, Nettel Laken, EJ Lures, & M-WAR products. All designed by Swedish small business owners.

They serve the fishing industry, they sell to other tackle  stores & they help businesses grow by connecting all of us, the largest audience ever seen in the history of Sportfishing. Together doing what we love most!

Go fishing, & let kanalgratis help you on your way!

Don't miss 🤩 of the week 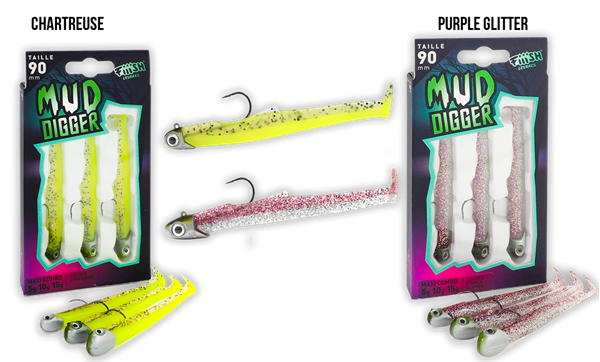 This lure has so many fish caught so it's impossible to count!